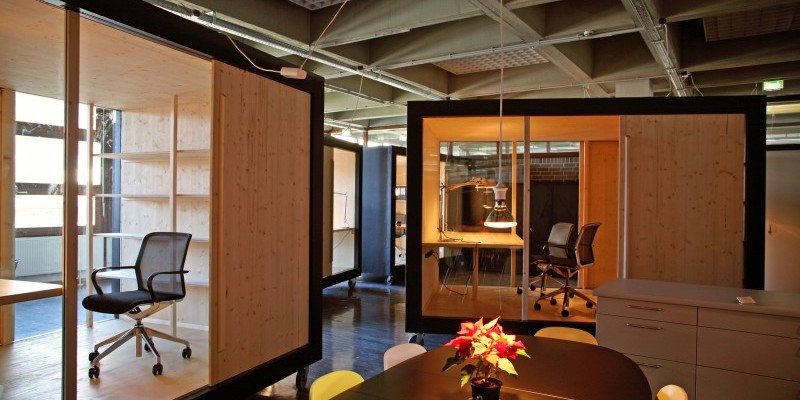 architecturaltheory.eu does not consider architecture as an autonomous discipline. It is not just interested in design processes and their results, but also in the research architects and urbanists do to embed their work in society and to base their design strategies on. This is the ongoing research project Research for Research.

City, landscape and society are important as the traditional contexts that give architecture a place as well as fields for possible intervention. In our attempts to constantly rewrite the history of architectural theory, we constantly emphasize how architectural theories implicitly or explicitly relate to these larger contexts. The same can be said of the digital domain. The reciprocal relationships between architecture, media and the (urban) landscape are therefore themes of constant consideration, for example in the book project Reality Bytes. To better understand the social role of architecture, Cultural Studies are increasingly important.

Being embedded in an Austrian university, the Austrian architectural Avant-Gardes of the 20th Century are central themes in our research. Out of The Wild is a project that, through the main protagonists Otto Neurath, Friedrich Kiesler and Christopher Alexander, tries to understand the continuous evolution of the ideas developed for the settlement movement in nineteen twenties’ Vienna in exile and in time. Everything is Architecture investigates specific aspects of the Austrian avant-garde of the nineteen sixties and seventies as defined by among others media theory and the typical Viennese Actionism.

Of course, being located in Tyrol, the context of the Alpine Regions is important to us. There is a strong focus on Tyrolean/Austria, South Tyrolean/Italy and Grisons/Switzerland architecture in research projects like In den Bergen baut der Blick, about the impact of the mountainous landscape on architecture and the “Invention of Regionalism” in architecture, Musch & Lun, about the innovation network a building company around the turn of the century constructed, as well as the monograph on the Tyrolean architect Siegfried Mazagg and the Swiss Gion A. Caminada. Projects, like Linz Status Quo and Maribor 2112 100 YC address issues of cultural capital and city planning in Alpine cities, while Matchpoint Innsbruck, a project in collaboration with RMIT Melbourne, investigate the Alpine landscape as a setting for leisure and sports and the specific culture this produces.

Architectural culture is not just embedded locally, regionally or nationally. Global networks of transport and communication allow for a mobility of money, goods, ideas, images, people, ideas, images and culture. Several projects, like The Sleeping Beauty, on Asmara, a city largely built under Mussolini in Eritrea, on the Vu Cumpra, the Senegalese migrant workers and sellers in Italy, explicitly deal with this phenomenon. This also means that Postcolonial Studies are important in the discourse architecturaltheory.eu creates, which also produces new and surprising perspectives on regional architecture.

The research of architecturaltheory.eu has been funded by the generous support of among others the FWF, the TWF, the Südtiroler Wissenschaftsfonds and Linz ’09 Cultural Capital.