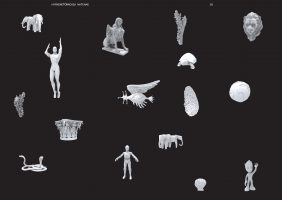 The symposium Connected/Augmented/Fictional, on some of the many relationships between architecture and digital media, takes place in the spaces of architecturaltheory.eu in the Faculty of Architecture of the University of Innsbruck, Technikerstraße 21. We are happy to have a prominent selection of lecturers both from Austria and abroad, a screening of Johannes Mücke’s film UI – […] 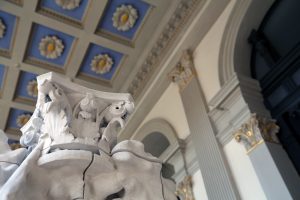 During the exhibition Schönheit vor Weisheit, Das Wissen der Kunst und die Kunst der Wissenschaft, in Fall and Winter 2019/2020 architecturaltheory.eu, the department for architectural theory at the University of Innsbruck, works in the Ferdinandeum in Innsbruck. An introduction to our project. 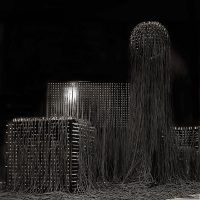 On the ninth of April 2019, architecturaltheory.eu organizes a symposium on different relationships between architecture and digital media, whether it’s the impact of the Internet, the ability to add meaning and atmospheres, or the opportunities to make invisible things visible and create fictions. Digital technology encompasses such a vast field today that in architecture it […]

REAL ART In recent years, biological organisms, methods from the sciences and “real” processes are increasingly becoming the material of art. Regardless of tendencies of a new realism in philosophy, questions arise about a new realism in art: how do the new correspondences between art and science, fact and fiction, construct themselves in contemporary art […]

UI – Soon we will all be One

Tuesday April 9 2019, architectural theory.eu presents a screening of Johannes Mücke’s short film UI – Soon we will all be One. When hard-bitten ranger Kira is sent out on another patrol mission, she discovers a mysterious, large object in the vastness of Antarctica. Little does she know that inside this object waits a lethal trap […]

Architecture into the Universe of Social Networks Since the 1990s, the relationship between architecture and media has become the object of interest of a growing community of scholars and designers. Nevertheless, the vast majority of researches on the topic tend to address traditional media such as books, magazines and fanzines. Therefore, an important question emerges: […]